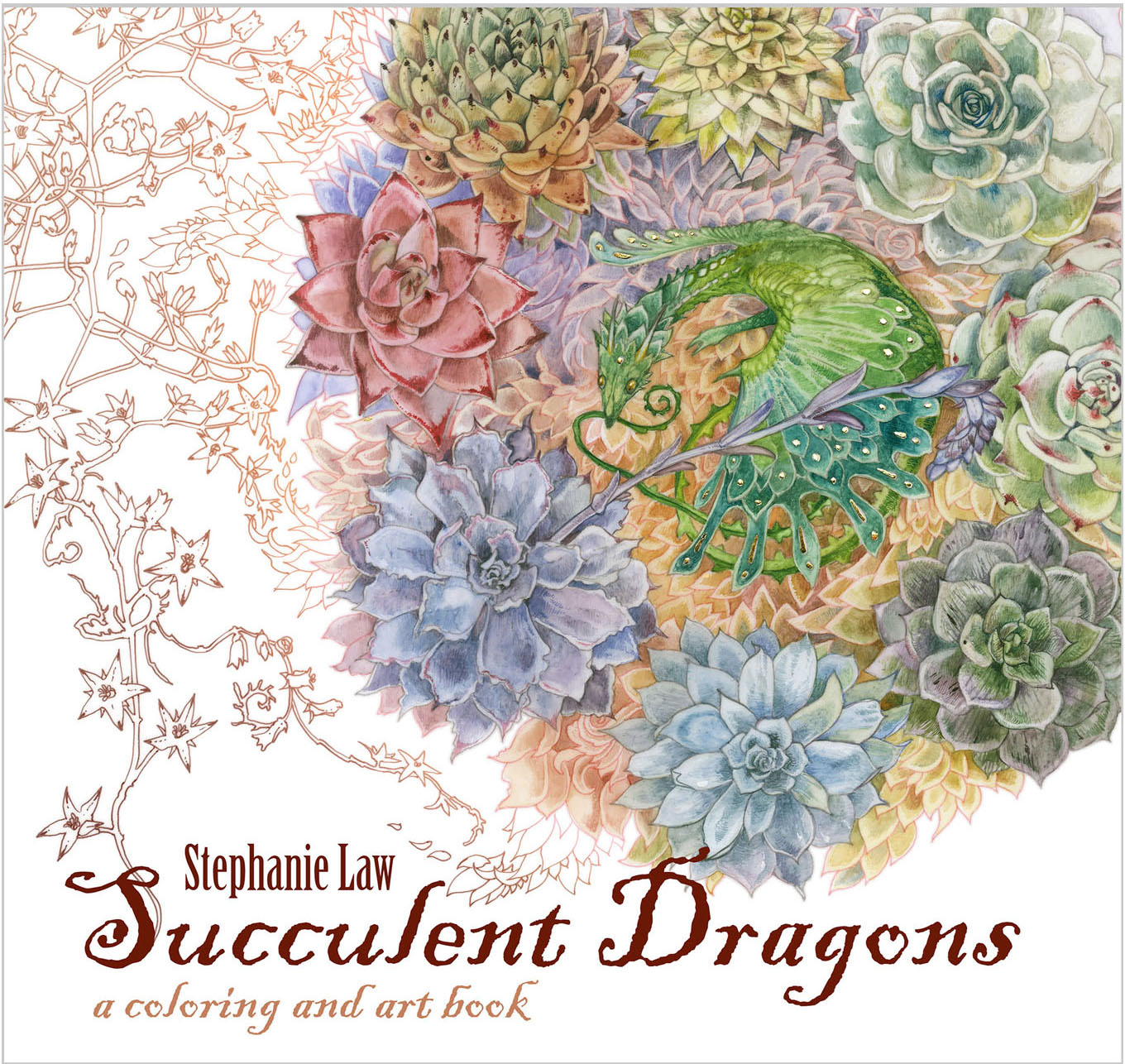 From the artist that brought you Descants & Cadences, the Shadowscapes Tarot deck, and the Dreamscapes series of watercolor technique books!

Stephanie Law would love to share with you her latest project. Succulent Dragons is an art coloring book whose illustrations bring to life a whimsical melding of nature and the fantastical. With the mandala-like patterns of garden succulents, combined with mythical creatures whose forms echo the botanical elements, the art from Succulent Dragons invites you to connect with nature and with the child within you. 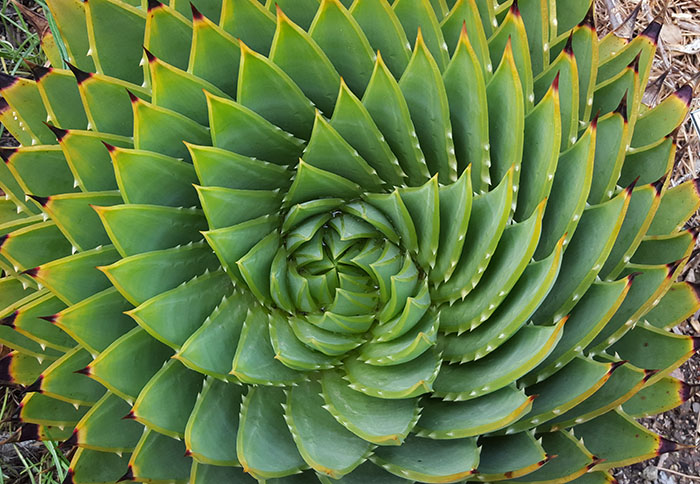 The Origins of Succulent Dragons

I've been a botanical artist for about 5 years, a professional fantasy and watercolor painter for 20, and a dreamer for about twice as long as that! But the plant that started me down the path of succulents was this one pictured above:

I came across this beautiful sculpture of Nature while roaming through the UC Berkeley Botanical Gardens. The rhythm created by the fibonacci pattern of spiraling leaves enchanted me, and not only did the botanical artist in me want to paint it, but another urge took hold and I wanted to possess one too!

Well, after that, I was hopeless. Over the years I have gathered a collection of about 200 succulents, many of them which I have grown from seed (including Spiral Aloe). My 8 year old daughter dubbed me a Succulent Dragon. Even before succulents came into the picture, family members called me "the Dragon" for the fact that it is my Chinese zodiac sign. But then one day she added that rather than collecting and hoarding gold, my treasure of choice was succulents! Thus I became the Succulent Dragon.

Inspired by that bit of whimsy, I started drawing some for her. For years, ever since she could pick up pens, I would whip up coloring pages for her, but these drawings quickly became much more involved and something for myself as well. The patterns and rhythms found in the Spiral Aloe are present in all of these amazing plants, and I love to delve into them, finding mandala-like forms, and imagining the colors, with the intensity of the colors from the actual plants in front of me. I draw them with ink on a translucent vellum paper, combining botanical shapes with creatures whose forms echo the patterns of the plants. These drawings stem from a love of beauty in nature, and a vision of that beauty itself as something magical, playful, and inspiring. 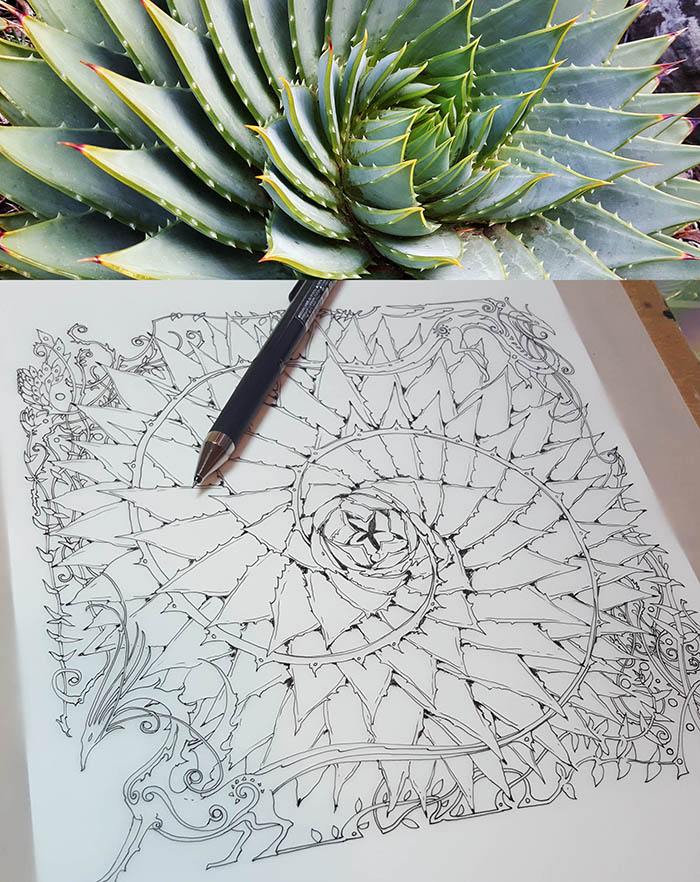